“Tim and I would get together most days for a cup of tea. He’d moan about the music he wished he was playing and I’d moan about the films I wished I was making. One day I picked up my camera and started recording.” – filmmaker Rhian Skirving

“… let’s start by saying that Tim Minchin, the weird little guy with the grand piano and no shoes, is a f**king genius.” – thescene.com.au 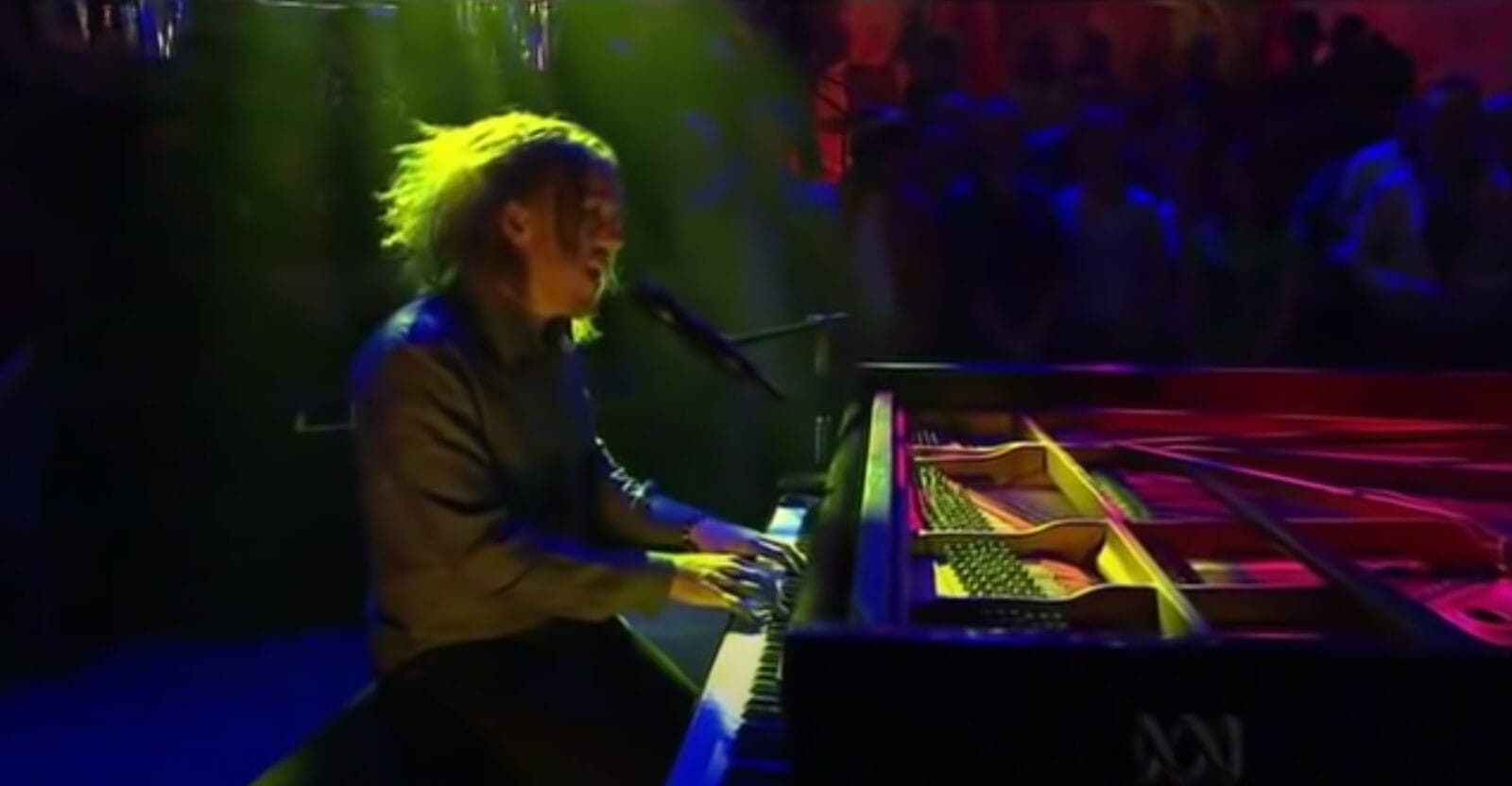 It looks like MIFF’s Premiere Fund has been put to good use. Docos made by the subject’s friends can be dodgy, but Rhian Skirving has the willpower and sensitivity to sit back and let the protagonists speak for themselves – in this case, Melbourne performer of “silly cabaret shows” Tim Minchin and his wife. She starts as Minchin changes his image from curly-headed, T-shirt wearing lovable indie kid to barefoot, suit-wearing gothic oddity, on the assumption that people pay more attention to weirdos. It works: we see him at the Melbourne International Comedy Festival, the nail-biting struggle to fill small venues giving way to opportunities at the world-renowned Edinburgh Comedy Festival and big management deals.

All through runs the tension between the need for money – especially when you become the sole breadwinner – and the need to do what you like doing, rather than what’s popular. The inevitable compromises aren’t glossed over – living in cramped housing until he “makes it”; having to change lyrics after allegations of racism – but Minchin and his soulmate take it all in stride. The film also lets you see Minchin for what he is: a talented, very funny, rather self-centred and slightly disingenuous character (“being naïve is how I get information”, he tells a prospective manager). He’s genuinely upset when people don’t “get” his material, and bad reviews are cause for dark moods.

This is a gently amusing document of a key period in Minchin’s career, meandering from solo spots at tiny Melbourne venues to film shoots, radio interviews, hard-gained reviews in the UK press, and massive gigs. Even his promoter seems dazed by his success, but Minchin remains down to earth. This is a sweet and edifying glimpse into the trials and treasures of a performer’s life. Rock’n’Roll Nerd world-premiered at 2008’s Melbourne International Film Festival