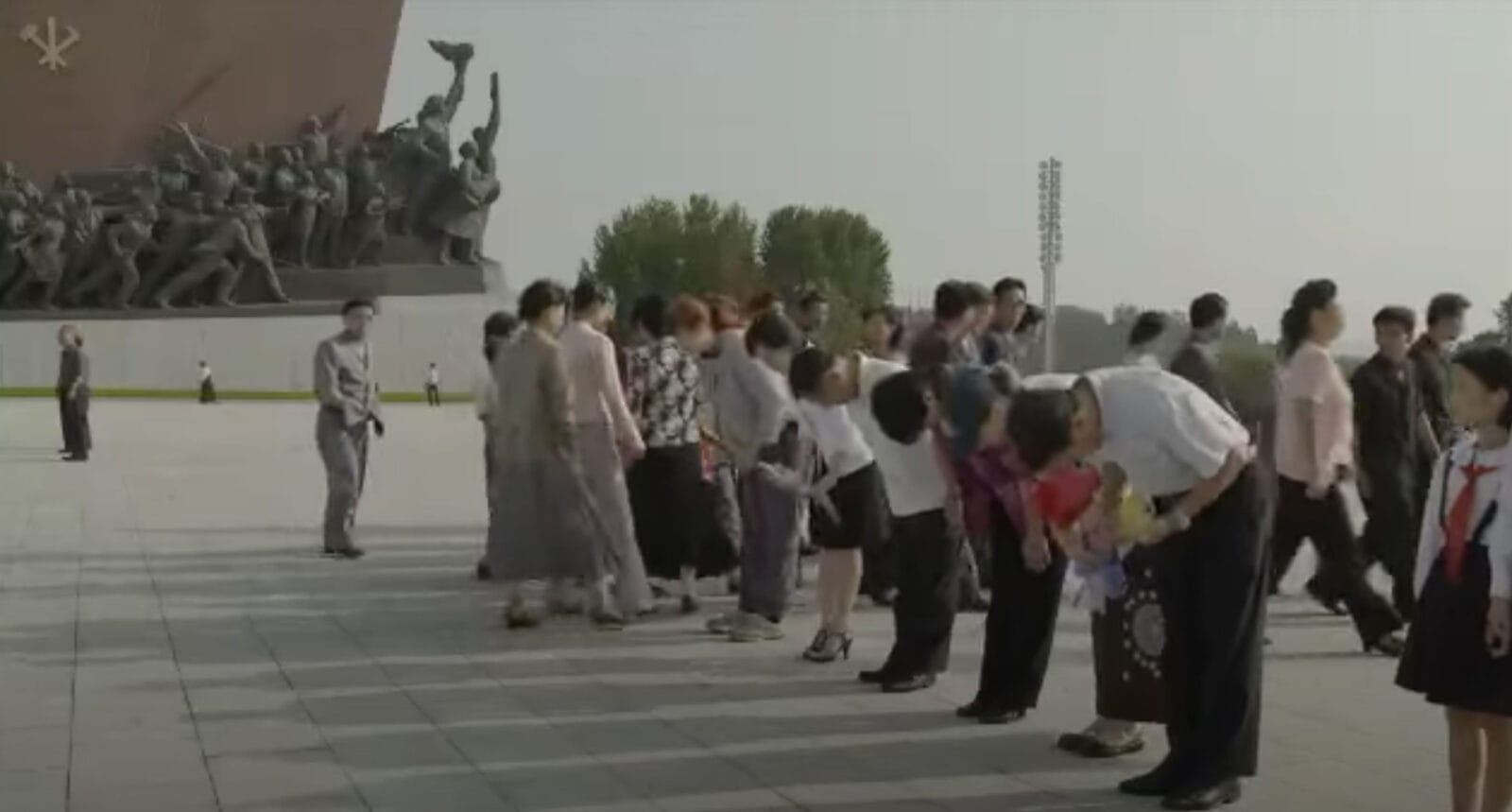 Aim High in Creation! is a revolutionary comedy about the cinematic genius of North Korea’s late dear leader, Kim Jong-il, with a groundbreaking experiment at its heart: the making of a film-within-a-film, based on the rules of his manifesto The Cinema and Directing.

Fearing that a gas mine is about to be built right near her home, Anna Broinowski (Forbidden Lie$, MIFF 2007), in a world first, goes to Pyongyang in North Korea to meet the masters of propaganda filmmaking: directors, cinematographers, composers and movie stars. Over three weeks they instruct her on how to make a drama in which “heroic workers” overthrow the evil gas miners – executed in the Dear Leader’s proudly melodramatic style. As part of her research, Anna even acts in a North Korean movie, playing an “evil American secretary” in a military thriller being shot on a real, captured US spy ship, the USS Pueblo.

Back in Sydney, Anna’s fearless Western cast follow North Korean instructions in a bizarre Kim Jong-il boot camp – with socialist ideology training sessions, the repetitive use of song, workshops on how to act with a “love for the common people” and “hatred of the class enemy” – culminating in an uplifting, anti-capitalist plot guaranteed to inspire workers and farmers everywhere to throw off their capitalist shackles and unite!

Whether the actors deliver a film so powerful it stops the mine, and is hailed from Pyongyang to Cannes as the greatest thing since Dogme, or whether it’s a glorious turkey of which only Kim’s son (and perhaps Lars Von Trier) can be proud, one thing’s for sure: the MIFF Premiere Fund-supported Aim High in Creation! (which world premieres at MIFF) is a film that forges an astonishingly human bond between North Korea’s filmmakers and their Western counterparts, proving that no matter what type of enemy you’re fighting, we are a family.